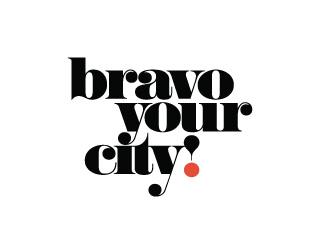 Veedercrest Vineyards released its first vintage in 1972 and produced wine until the mid 1980s. Then for twenty years, no wine was released. The winery was resurrected under the leadership of sole proprietor Ron Fenolio with his first new release in 2005. He began the label again as a tribute to his friend and co-founder Al Baxter, a tribute to Veedercrest’s unique history, and to both his and Al’s passion for wine.

After earning excellent reviews in the early 1970s, Steve Spurrier, the organizer of the famed 1976 Judgment of Paris tasting, selected Veedercrest to be one of the representatives in the tasting for the Chardonnay. This wine was was deemed the most French of all the wines in the competition. After this competition, Veedercrest’s wines were noticed on an international scale, served at several White House dinners, and to Pope John Paul II when he visited Philadelphia in 1979.

The style of wine has changed since Veedercrest’s original vintages. Today, under Ron’s direction, his wines are aged a minimum of 36 months up to 54 months in new French Oak. This is certainly a long time to be in oak but Ron wants the wine to have integrated and smoothed out for the consumer by the time it is released. Ron’s wine influence comes from many trips to Italy. In a number of Italian wine regions, it is against the law for a wine to be released until it is at least four years of age.

There are some pitfalls to aging wine so long. First, you have to be careful of the coopers you use so as not to allow the oak to completely dominate the wine. This longer period of aging before release is certainly not the greatest business model for cash flow. When Robert Parker and other reviewers taste current releases, Veedercrest’s wines are still in the bottle!

With oak being such a critical part of aging the wines, it might come as a surprise that the Chardonnay sees no oak and also does not go through malolactic fermentation. Ron wants to create a food-friendly Chardonnay that goes with some of his favorite dishes, fillet of sole and oysters. The 2010 Chardonnay has a very clean nose with a rounded, creamy, expressive mouth feel. Notes of Meyer lemon and tangerine continue mid-palate to the finish. The wine sits on the lees where it is stirred; this in part helps contribute weight and a rounded mouth feel.

The Vintner’s Reserve wines are aged a minimum of four years. The 2005 Vintner’s Reserve Cabernet Sauvignon was aged for 54 months on new French Oak. That is four and a half years plus time in the bottle before release. This is a certainly not your quick to market red wine! There is a sweet core of fruit, raspberry, and plum on the bouquet with nuances of spices, including white pepper as well notes of mocha. The bouquet shows a number of nuances and baking spices contributed from the different coopers used during the aging. This wine is very approachable, soft on the entry with a plush mouth feel and fruit tannins anchoring the finish.

The 2006 Mt. Veeder 100% varietal Cabernet Sauvignon is from a vineyard at about 1,500 feet on the slopes of Mt. Veeder. It is 15.4 % alcohol with good color and is very dark in the glass. The acidity is noticeably higher than that of the 2005 Vintner’s Reserve Cabernet Sauvignon. The nose is somewhat brambly, with darker fruit showing, blackberry and black cherry and even a bit of cinnamon. It is an elegant bouquet and like Veedercrest’s other wines, this bouquet does not reveal overly ripe or explosive aromas. With that said, the palate shows a complexity of fruit, bigger than what you would expect from the bouquet. The finish is anchored by coarse, strong tannins that continue to show for some time. This is a well-structured, muscular wine that will benefit from some additional aging.